I am absolutely delighted to be a part of The Rival blog tour and I am very excited to be sharing my review today.

I am sat here scrambling for the words to describe just how The Rival has made me feel. I’ve raced through it over the Bank Holiday weekend, become increasingly absorbed with each chapter I’ve read, and now I’ve finished I am in complete and utter awe of Charlotte Duckworth. The Rival is just incredible.

The premise of the novel is the rivalry between Helena and her recently hired protegee, Ashley which is told through the eyes of each woman. Brought together to work on a project, they soon become a ‘dream team’, but it quickly becomes apparent that Ashley’s fierce drive and ambition knows no bounds. Then Helena falls pregnant and everything she has worked so hard to achieve seems to be slipping away. When the novel flips to the present, Helena is tucked away in a remote village location; a career woman without a job and a mother without a baby. She holds Ashley responsible, but what actually happened? And it is really Ashley’s fault?

I was incredibly impressed with the way in which both a dual perspective and a dual timeline were effortlessly used throughout the novel. I’ve read books which have tried to do this and in some cases I’ve found myself frustrated whilst I’m flipping back to check where I am and whose perspective I’m currently reading. In The Rival however, the voices used for each woman, and even in the ‘now’ and ‘then’ are so different and distinct, that I barely needed to look at the chapter headings, I could tell within a few lines exactly who was speaking and in which timeline I was.

The plotting is magnificent. Little hints and red herrings drip fed at timely intervals which sent my imagination into overdrive as I tried to figure out the ending. Each chapter wonderfully ramps up the suspense and the ending was, for me, completely unpredictable – and in all honesty it absolutely broke me. The narrative throughout is stunning, but in the finale it is exemplary. I was on the edge of my seat and I felt as if emotions were being pulled out of me at will. I don’t think I’ve ever been so deeply affected, or identified with a character as much as I have Helena. Her story in many ways mirrored elements of my own personal experience of pregnancy and early motherhood and it cut very close to home for me. I thought it was all wonderfully handled by the author and I found Helena’s voice in both the ‘then’ and the ‘now’ to be very authentic.

Whilst the rivalry between the women forms the basis of the novel, it delves eloquently into the construct of the female identity. In modern times women are told we can ‘have it all’, but in reality, can we? Although times have allegedly moved on, a woman’s life is still irrevocably changed by motherhood in a way a man’s very rarely is. Motherhood can be wonderful, but it can also destroy a woman’s sense of self, and this is beautifully explored in The Rival. I hope that it starts many a conversation.

Whilst I felt drawn towards Helena, I was intrigued by Ashley. She is an enigma. Complex and multi layered, she was a fascinating character to get to know and her narratives were a revelation. I expected to feel a certain way towards her, but I found myself feeling increasingly sympathetic towards her as the novel progressed.

The Rival was not at all what I was expecting. The themes throughout; ambition, jealousy, female relationships and motherhood are sure to resonate with many women, just as it did me. There is so much more I would love to say, but I can’t without spoiling it!

Completely addictive and for me it delivers one of the most emotional endings I’ve ever read. Smart, tense and utterly compelling, it is a novel which will be taking up permanent residence on my bookshelf, to be read over and again. I absolutely loved it. 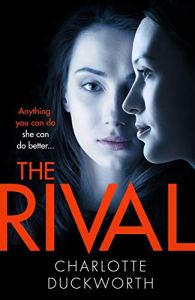 Living in her home in the remote countryside – the perfect place to get away from it all – Helena is a career woman with no job and a mother without a baby. She blames Ashley for destroying her life. But is what happened really Ashley’s fault?

When Helena hires Ashley to work for her, she’s startled but impressed by her fierce ambition. They form a dream team and Helena is proud – maybe this is the protegee she’s always wanted to have? But soon Helena realises that nothing will stand in the way of Ashley’s drive to get to the top. And when Helena becomes pregnant, everything she has worked so hard for is suddenly threatened, with devastating consequences….

The Rival is an addictive psychological suspense about ambition, motherhood and how far you’d go to get what you want.

Charlotte Duckworth is a graduate of the Faber Academy’s acclaimed six-month ‘Writing a Novel’ course. She studied Classics at Leeds University and then completed a postgraduate diploma in magazine journalism. For the past 15 years she has worked as an interiors and lifestyle journalist, writing for a wide range of consumer magazines and websites. In 2011, she completed a postgraduate diploma in Screenwriting from London College of Communication. She lives in Surrey with her partner and two-year-old daughter. 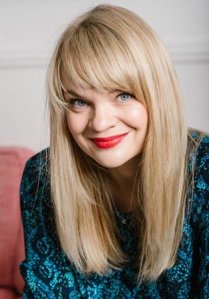 *I received a copy of The Rival from the publisher Quercus in exchange for an honest review.

5 thoughts on “The Rival by Charlotte Duckworth”