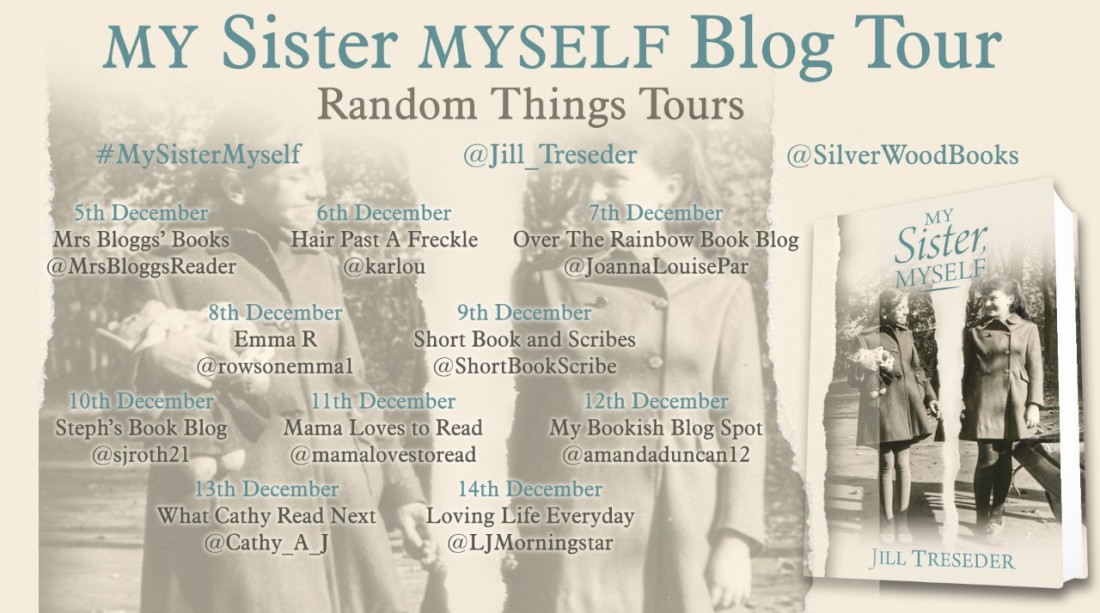 I’m delighted to be on the blog tour today and reviewing My Sister, Myself by Jill Treseder. My thanks to Anne Cater of Random Things Tours for the invitation.

I am fascinated by history, and so I am always keen to read historical fiction, and My Sister, Myself is a little gem. It tells the story of two sisters, Katalin and Marika who are forced to flee their home country of Hungary in 1956 when the Russians crush the revolution against the Communist regime in place. Following their escape they settle in London – but their lives are forever changed. Their father is a wanted man, and the relationship between the two girls is highly fraught. Everything they thought they were and thought they had has been taken from them. Katalin has lost the career she dreamed of, whilst Marika is forced to suffer a horrifying experience.

This novel is at its heart a story of displacement and the effects of war on those who are the most innocent and vulnerable, children. Katalin and Marika are literally torn away from everything they know and are plonked into another, completely strange culture and are expected to assimilate to fit in. The novel examines how their loss of identity shapes their future and their relationships with each other and with those around them.

In the first instance I found both sisters very unlikeable, and I never warmed to Katalin, although by the end I did understand her. It took me a little while to connect with Marika, but when I did I loved her sparky spirit. Her journey is the cornerstone of the novel and it is through her that we begin to understand Katalin. Their shared experiences, instead of tying them together, divide them and it really is a heart breaking story, and sadly so relevant today with wars still making refugees of children.

My only slight gripe was the pacing. The latter part of the book I found to be a little choppy, quickly jumping ahead a few years. After the gentle, luxurious pace of the earlier parts which focused on their school years, I found it to be in sharp contrast. I was left with the feeling that I wanted more, more information and more narrative to go with it. I still thoroughly enjoyed the novel, but for me it just jarred a little.

My Sister, Myself is a compelling and poignant novel and the writing is lovely, making it a joy to read. It left me with a deep feeling of empathy for refugees, and my heart hurt for the girls and everything they went through. It feels paradoxical to say I enjoyed a novel on a subject so heart rending, but I really did. I highly recommend to anyone with an interest in twentieth century historical fiction.

Hungary, 1956. Russian tanks brutally crush the revolution against the Communist regime. Sisters Katalin and Marika escape Budapest with their family and settle in London.

However, the past is not so easily left behind. Their father is a wanted man, and the sisters’ relationship hangs in the balance. Their futures are shaped by loss. For Katalin, this means the failure of her ambition and a devastating discovery; for Marika, an equally heart-breaking experience.

Caught between their Hungarian heritage and their new lives in Britain, the sisters struggle to reconnect. Family secrets are exposed, jeopardising Katalin’s and Marika’s identities.

Can their relationship survive war, division and grief?

I started writing in a red shiny exercise book when I was seven years old. But in that time and place it was an ‘invalid’ activity, was overlooked, but never went away. It was many years before I felt able to call myself ‘writer’.

But there came a day when the phrase ‘I am a writer’ no longer sounded pretentious, but legitimate, and even necessary. Was it because I had a writing room instead of the corner of a landing? Or because I spent more time writing? Or because I’d got better at it? Or because I get miserable and bad-tempered if I don’t write? Probably a combination of all of the above.

Writing is my third career. The first was as a social worker with children and families, a job I loved, but left because I could no longer cope with the system.

This led to a freelance career as an independent management consultant, helping people to handle emotions in the work context. I worked in the IT industry, in companies large and small, as well as public organisations. Later I became involved in research projects concerned with the multi-disciplinary approach to social problems such as child abuse. So, in a sense, I had come full-circle.

All these experiences feed into the process of writing fiction, while my non-fiction book ‘The Wise Woman Within’ resulted indirectly from the consultancy work and my subsequent PhD thesis,‘Bridging Incommensurable Paradigms’, which is available from the School of Management at the University of Bath.

I live in Devon and visit Cornwall frequently and these land and seascapes are powerful influences which demand a presence in my writing.

Writers’ groups and workshops are a further invaluable source of inspiration and support and I attend various groups locally and sign up for creative courses in stunning locations whenever I can. I try doing writing practice at home but there is no substitute for the focus and discipline achieved among others in a group.

I have written some short stories and recently signed up for a short story writing course to explore this genre in more depth.

I live with my husband in South Devon and enjoy being involved in a lively local community. 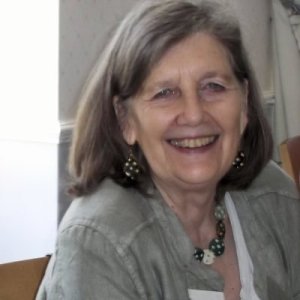 * My thanks to Random Things Tours for a copy of My Sister, Myself. The contents of this review are solely my own opinion and have not been influenced in any way.

3 thoughts on “My Sister, Myself by Jill Treseder”